CLICK & PICK approach to research relevance...
Click any of the past and current journal volumes below...
Pick the volume theme and then decide if your research projects fit...

The covers of past and current Journal issues: 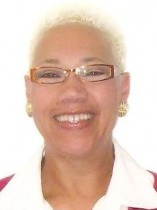 About the author Gaye Denise Walton-Price: PhD from Georgetown University in Arabic language; originally from New Jersey, now a permanent resident of Oakland, California with husband and son and daughter, who are both students at the University of Southern California; earned a B.A. in Philosophy from Bucknell University in Lewisburg, Pennsylvania,  M.A.R. from Yale Divinity School in New Haven, Connecticut, and  M.S. in Arabic and Linguistics, also from Georgetown University.  Currently teaching Arabic, Humanities and Philosophy at Berkeley City College and Contra Costa College in the San Francisco Bay Area of northern California; extensive experience abroad, living, working, and studying in Tunis, Tunisia, and in Cairo, Egypt.

In response to "The secrets of the TALO Leadership Theory: Leadership might be colorblind, but ethnicity is central!"  - Vol. 1, No. 2 - July - December 2009.

About the author Uduak Oduok, Esq.:  Uduak Oduok is a fashion model, journalist and attorney.  Ms. Oduok has been in the fashion industry where she has over 14 years combined experiences in retail, sales, marketing, and fundraising.  She is also a fashion model, shows producer, writer, fashion editor, fashion business owner and attorney.  She has been an invited speaker to many organizations on fashion topics and conducts fashion workshops/seminars.  She is currently obtaining her degrees in fashion design and merchandising.  Ms. Oduok enrolled and spent her first two years of law school at U.C.Hastings College of Law.  In 2001, she completed her law studies at Georgetown Law Center in Washington D.C.  She currently operates her own firm where she practices general litigation, business, contract and intellectual property law.

About the author David D. Hurst:  (deceased June 2010) David D. Hurst, PhD was a pastor, professor, family counselor, prison & denominational chaplain, evangelist, journalist, author and jazz trumpeter.  He was originally from Fresno, California.  He was a graduate of Bishop College (Texas) with a B.A., Union Theological Seminary (New York) with a Master of Divinity and Master of Sacred Theology, and PhD from the Claremont School of Theology.  He had two children and two grandchildren.  He and his wife, MaNetha, lived in Rancho Cucamonga, California. 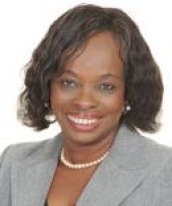 About the author Gloria Willingham-Toure’: Earned a PhD from Claremont Graduate University in Education; born in Little Rock, Arkansas, now a resident of California.  She is married, and is a mother and grandmother.  She earned a B.S.N. at Regents College, University of the State of New York, and a master’s degree in nursing science from University of Arkansas Medical Science Campus.  She is currently the Interim Provost and Associate Dean, Academic Affairs, School of Educational Leadership and Change, Fielding Graduate University, Santa Barbara, California.  She has lived, studied and/or worked abroad in Saudi Arabia, Jordan, Egypt, Thailand, France, China, Cuba, Canada, and Mexico.  She is a Fulbright Senior Specialist in Public/Global Health and was the recipient of a Fulbright Grant to the University of Malta.

About the author Melda Gaskins: EdD from the University of La Verne in Educational Leadership; originally from Maryland and now a permanent resident in Riverbank, California.  Dr. Gaskins is a professor of Education, teaching at Walden University, Ashford University and the University of Phoenix.  She currently is the Director/Vice President of the Visionary Institute of Math and Science (VIMS) Education Group, an education consultants and public charter school development corporation in California.

About the author Carolyn B. Buck: Joint PhD in education from San Diego State University and Claremont Graduate University; born in Benham, Kentucky, she moved to California after living and working in Greensboro, North Carolina, and Stony Brook, New York.  She is a mother and grandmother. She earned a bachelor’s degree in psychology from Bennett College, and master’s degree in guidance and counseling from North Carolina A&T State University.  In addition, she holds a Life Time California Community College Supervisors credential and has completed numerous supervisory and leadership training programs as a staff member in the University of California and California Community College systems. Currently she serves as the Science Technology Engineering and Mathematics (STEM) Transfer Coordinator for California State University Bakersfield.

About the author: Ronald E. Hall, PhD is a full professor in the School of Social Work at Michigan State University. He received an MA degree in Correctional Science from the University of Detroit, an MSW degree from the University of Michigan, and a PhD from Atlanta University with an emphasis on Social Work Planning and Administration. Having written his dissertation on skin color, in 1990 Dr. Hall testified as expert witness to America's first skin color discrimination case between African Americans: Morrow vs. IRS. Dr. Hall later devised the Bleaching Syndrome to explain discrimination among people of color and Identity Across the Lifespan as an alternative biracial identity model. In 2003 Dr. Hall was invited to Oxford University to lecture on skin color and in September 2007 he was invited to Washington by Congressman Bobby Rush to lecture on same. Dr. Hall has to his credit over 150 (co)authored publications, interviews, and presentations on topics including skin color. His most recent books include An Historical Analysis of Skin Color Discrimination in America: Victimism Among Victim Group Populations.

About the author: Debra A. Harkins, PhD is an Associate Professor of Psychology at Suffolk University in Boston, Massachusetts. She received B.S. degrees in Psychology and Anthropology from the University of Massachusetts-Boston, M.A. and PhD degrees from Clark University in Psychology, and completed a Postdoctoral Fellowship at Children’s Hospital/Harvard Medical School. Dr. Harkins’ interests include social justice, diversity, empowerment, conflict resolution, and systems learning, and she is involved in teaching, consultation, and community and narrative based research.

About the author: David J. Jefferson is a Masters candidate in a Psychology doctoral program at Suffolk University in Boston, Massachusetts. He holds B.A. degrees in Psychology and English from the Schreyer Honors College of Penn State University and has also studied English Literature at Goldsmiths College in London. Originally from Pennsylvania, David has taught English as a Second Language in Spain and worked as a translator and educator in Spanish and English. David’s research interests center on empowerment, specifically surrounding poverty and homelessness, and employ qualitative research methodology. Additionally, David works as the Editor-in-Chief of the Cambridge, MA based Spare Change News, a street newspaper published by the Homeless Empowerment Project.

About the author: Frank T. Scruggs is a doctoral candidate at Nova Southeastern University in Florida.  A graduate of Illinois State University and Governors State University, he is a professor of political science in Chicago.  Much of his research addresses the perceptions of racism’s influence on workplace conflict and conflict management for African American managers in the corporate workplace (also referred to as Corporate America).  His studies often involve understanding corporate governance, sustained dialogue and conflict management systems in corporations. This particular study provides a closer look at white and black American cultures, perceptions of racism, white privilege and corporate culture in the United States.

About the author Clint Wiliams: BAAS in Journalism from Southwest Texas State University, and MA in Marriage and Family Therapy from St. Mary's University, San Antonio, Texas. A native of Roanoke, Virginia, Clint served in the military until retiring in 1996. Currently he is a resident of San Antonio. He serves as a therapist for youth and families who are considered '"at risk" for HIV infection, alcohol and drug abuse, and gang activity. He is the proud husband, and father of five children, and grandfather of three. He is also a devoted Virginia Tech 'Hokie' fan.

About the author: Cleveland Percy, Jr. is a native of Helena, Arkansas and graduate of the University of Central Arkansas. He has a degree in Business Administration.  He enjoyed a 20 year career serving as a contracting officer with a federal agency.  His activities and interests include community service and cultural anthropology.  Cleveland has served as a volunteer presenter for several national conferences focusing on the topics “Ethics, Values and Decision-Making” and “The Ethics and Values of Cultural/Racial Labels”. Cleveland and his wife celebrate 29 years of marriage and raising two children.

About the author: Raised in Newport News, Virginia, Benardo Richardson is a devout husband and father of two. Determined to beat the odds, he escalated from the city coined “Bad News” by obtaining a full football scholarship to The Citadel, Military College of South Carolina. During his tenure at The Citadel, Benardo became a captain of the football team, participated in track and field and became a member of Kappa Alpha Psi Fraternity Inc. all while fully partaking in the unique military aspect of this institution. Currently residing in the Northern California city of Vacaville, Benardo is a financial advisor with Morgan Stanley Smith Barney in Oakland. He specializes in working with wealthy families through multi-generational financial planning. Benardo possesses the FINRA Series 7, 31, 63 and 66 licenses as well as having obtained his AAMS (Accredited Asset Management Specialist) from the College for Financial Planning. His passion for this industry was derived by his personal experiences growing up in Newport News.

Keith Orlando Hilton, PhD
The facilitation of ongoing academic looks at practical and theoretical possibilities with the TALO Leadership Theory